I feel an urge to do a bit of ranting here! I’ve been recently bothered with the level of ignorance as regards diversity in Nigeria. Nigeria is a Super Country not simply because we are the Country with the leading economy in Africa (Not to Brag) but also because our ethnic, cultural, religious, age etc. composition is dynamic in its own way! This allows for significant differences across this Land Mass called Nigeria………did I say Land Mass? Yes I did! Land Mass because that is the only thing that has agreed its FIrst Nigerian or am I wrong? 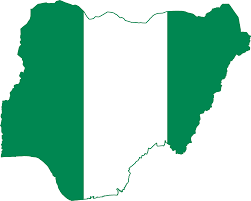 This just concluded elections in Nigeria has opened my eyes to the backwardness of the Nigerian populace. I was particularly shocked to hear derogatory and discriminatory comments as regarding choice of candidates. People saying they were only voting for Goodluck Jonathan​ because he was Christian or because he was from a particular Land Mass that is first Nigeria before Bayelsa! or that they were not going to vote for Muhammadu Buhari​ becuase he’s Fulani/Hausa, and since the Counter coup of 1966 that saw so many Igbo(Nigerian) people slaughtered, the Igbo’s have ‘forgiven but not forgotten’ and also since Chief Obafemi Awolowo​ was instrumental to Nigeria’s Victory against Biafra, The Igbo(Nigerians) still see the Yoruba(Nigerians) as Sly.

Or is it about how Christians and Muslims continuously get at themselves for differences in their various belief systems, failing to see the big picture that we all serve the same God?

Our differences have raised an important question, Is Nigeria’s Diversity a Blessing or a Curse?

I fail to acccept that our Diversity is a curse…………. I will rather say that the differences we have is fueled by the failure of the common man to hear his fellow Nigerian brother out. We have failed to see ourselves as first being Nigerians before anything else.

Joke’s response to a question that was obviously sourcing to know what geographical part of Nigeria she was from was a classic, as she pointed out that she is First Nigerian.

The moment we begin to take our differences beyond diversity and explore our similarities we would enjoy the dividends of Diversity.

If we all see Unity in our diversities we can do great things. Always Remember there’s something everyone can offer. Don’t Discriminate Remember we are all First Nigerians.

Published by The IBK Adebayo

I am African and proud to be!!! A Critique of everything possible and fathomable, a scholar by my standards, a Speaker, Counselor and Role model to many. Well basically I am what goes on in my head, which is the most intriguing place for any human being dead or alive to be in. I strongly adhere by the principles of being yourself and standing out in your own way to affect lives positively. People have said I am smart but I disagree, I am an opportunist and a strong positive thinker and this is what people have confused for being smart, I listen, I analyse, I CRITIQUE, and I generate my own 'brand new ideas based on whatever existed. Funny in the weirdest way possible, weird socializing skills, extreme extrovert, friendly, a good listener and friend. Well all this is who I know I am...but perceptions differ.. so who do you think I am?? View all posts by The IBK Adebayo